Hiking the Beskydy Mountains is sort of easy if you’re already in the area, however, I had to chance to make a several day trip out of it. We slowly traveled to the Beskydy Mountains and made many stops along the way. It was a great way to take in all that the neighboring areas have to offer before spending hours getting sweaty while trying to summit the mountain.

The Home of Freud

As a Psychology major, this stop on the itinerary definitely appealed to me. We visited the actual birth house of Sigmund Freud. At one point in time this was an Austrian town but now, and with many areas on this side of the world, it is now the town for Pribor, Czech Republic. 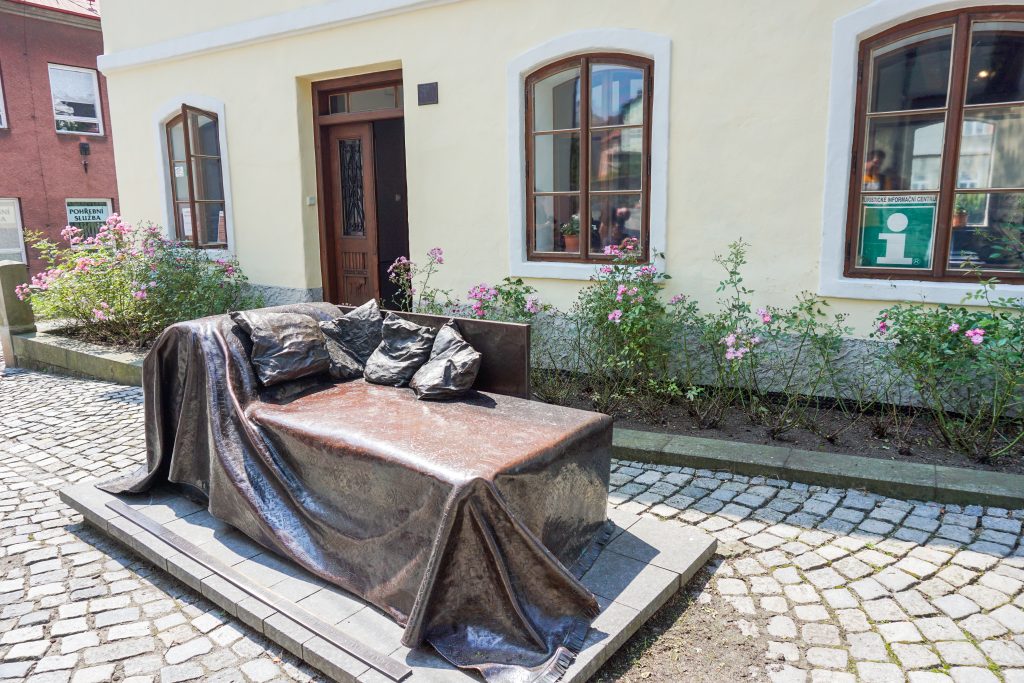 This attraction doesn’t take much time so I wouldn’t plan to spend more than an hour here. We took a guided audio tour, in English of course, around the actual home. It was narrated by “Freud” hisself and the same voice used in a video we watched right before the tour. It was interesting to learn a bit more about the founder of psychoanalysis but if something like this doesn’t tickle your fancy, skip it.

Just 30km from Ostrava is Nový Jičín, a town founded in 1311 and with a population of just 27,000. Also known as the Town of Hats, Nový Jičín is also known for, you guessed it, hats. We started with a tour of the city center and learned a little about the history of this beautiful place. 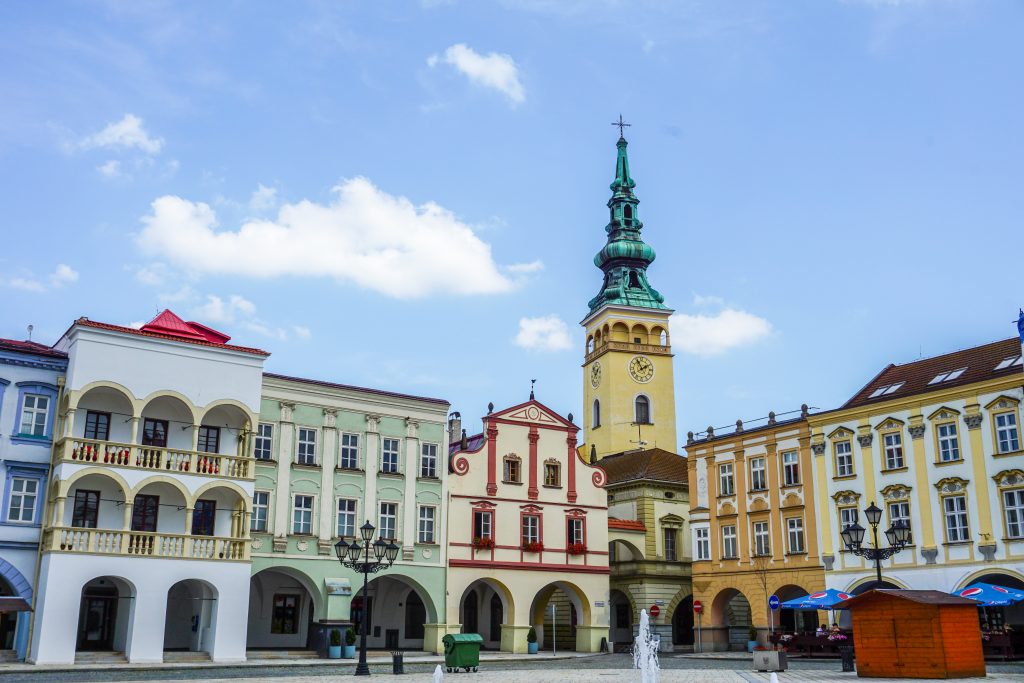 Because of a major fire in the 1500s, people had to build stone houses. These homes used to all have breweries inside, making this town become known for 1. little breweries and 2. (unrelated) making hats. After a couple more fires in the 18th century, people had to rebuild their homes yet again. Because not everyone could afford to do so, there are a couple homes with false second floors. It’s fun to try and spot these places and the dead giveaway is the fact that they don’t have chimneys. 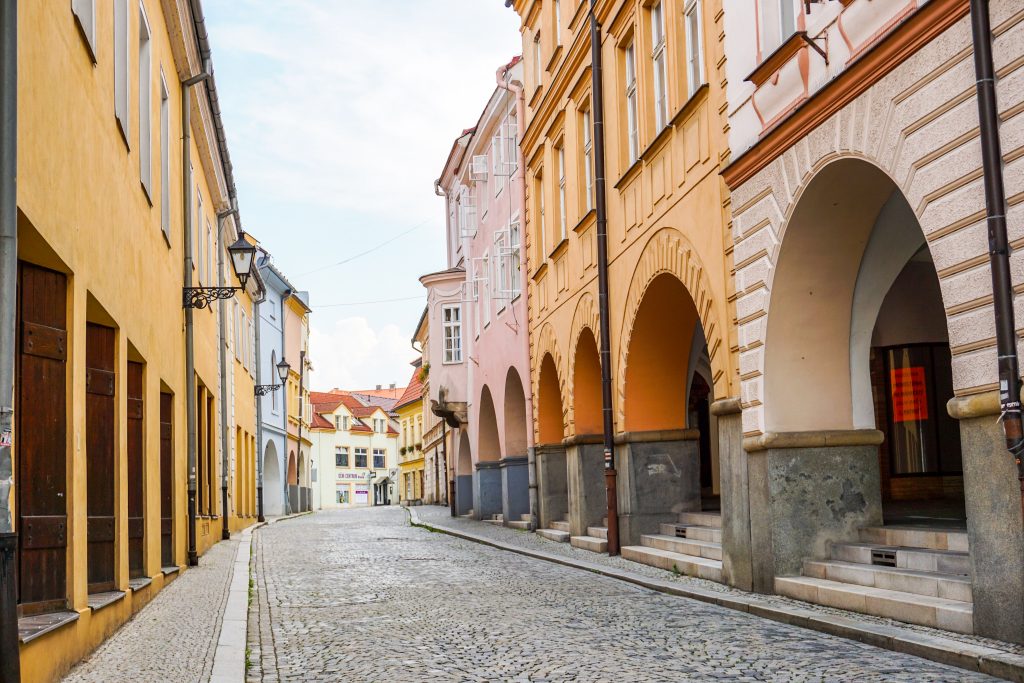 If you’re super interested in the process of hat making, or even just a bit curious, then you’ll want to check out the hat factory. We got a tour of this factory/museum to learn more about the process of making hats, the history of it, and some of us even opted to decorate our own mini hats. This is a great activity for kids but beware, the process uses animal fur. If this doesn’t align with your morals or beliefs then I would definitely avoid this building as furs and pelts are on display. 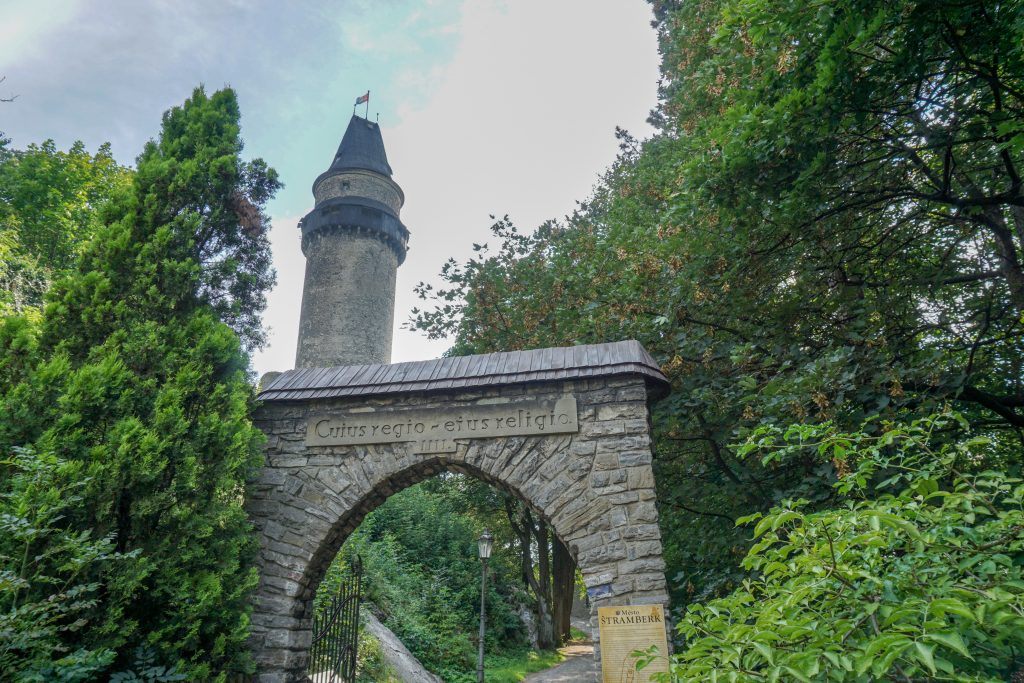 One common theme of my adventures around Czechia was climbing to the top of structures and checking out the view. So it was no surprise that as soon as we arrived in Stramberk we climbed to the top of a tower to get a peak of the views below. Spoiler alert: it was breathtaking. Stramberk was founded in the 14th century and one very particular fun fact about it is that the jowl of a neanderthal girl was found there (40,000 BC). 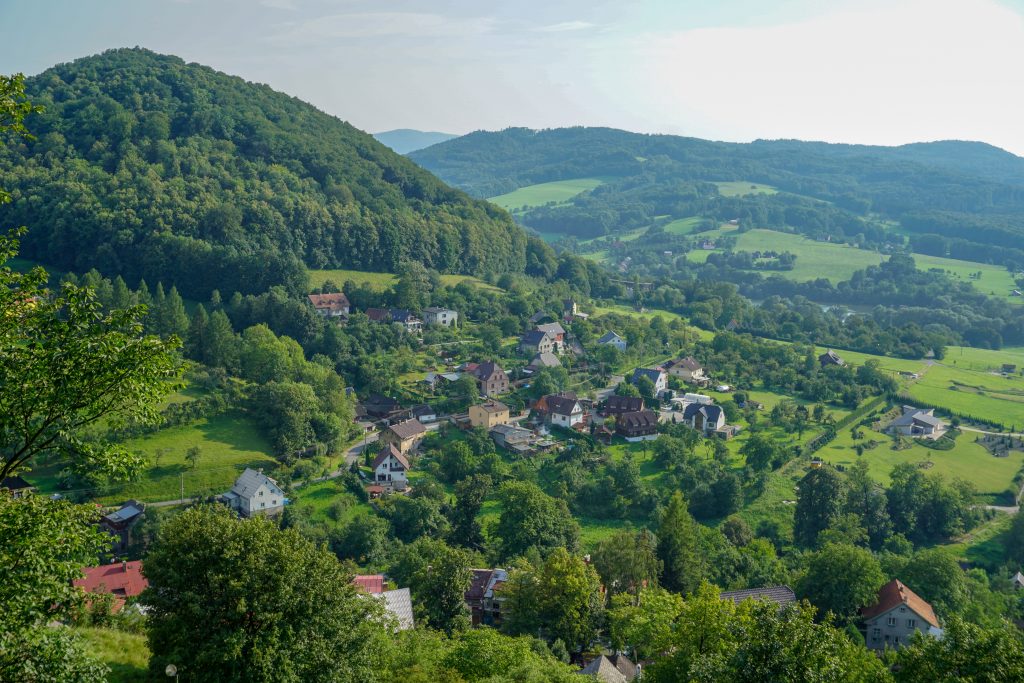 Later that evening, after checking in to our hotel, we had dinner at Městský Pivovar, a brewery right in the towns center. During our traditional Czech fare we sampled several beers and even indulged in something a little stronger. We were also treated to  “Stramberk ears,” an infamous ginger bread dessert that we would sample again the next morning at a local bakery. Watching Stramberk ears being freshly made and getting to sample them hot out of the oven is a unique experience, to say the least.

Never in a million years did I think the first time I’d be playing golf, outside of putt-putt, would be in the Czech Republic. But there I was, mowing the lawn with my golf club and even hitting a few balls in between. After failing horribly at practicing simple hand-eye coordination, we had lunch at the restaurant on the premises. I should’ve known better due to the fact that this was a golf course, but the fancy lunch surprised me. It was delicious and like everywhere else in the Czech Republic, flavored lemonade was the drink du jour. Take my advice and try to elderflower lemonade. Thank me later. 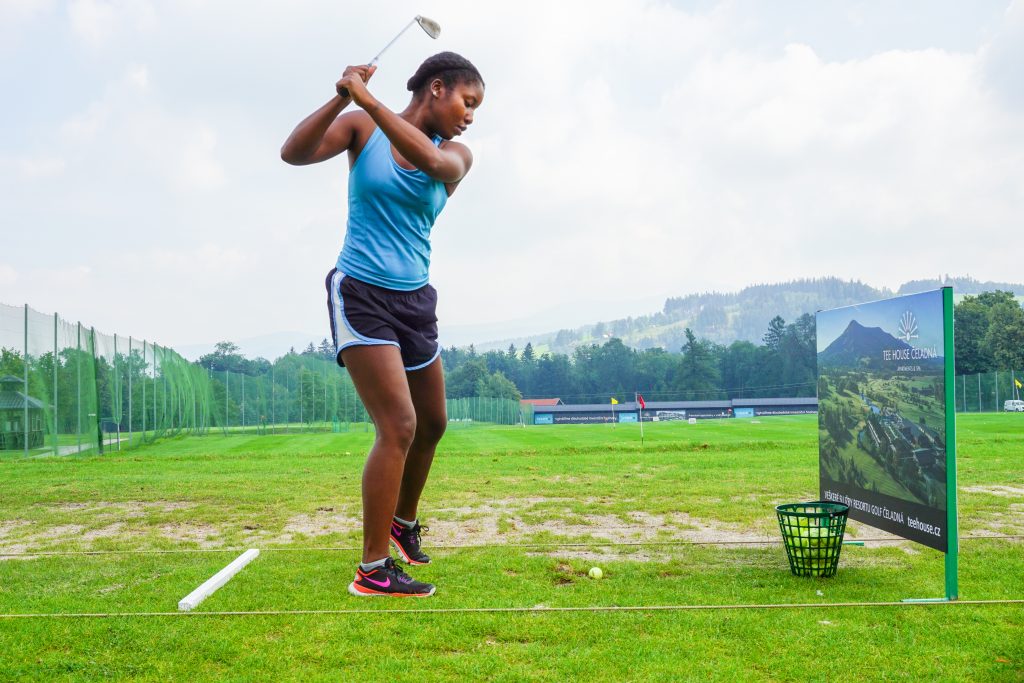 After lunch we hopped on golf carts to tour the property. It was massive! We only occupied a small area practicing our golf but I can see why someone would spend a full day golfing on this property. Also, the views are unmatched. I’m almost certain your country club doesn’t have mountain views. Correct me if I’m wrong. 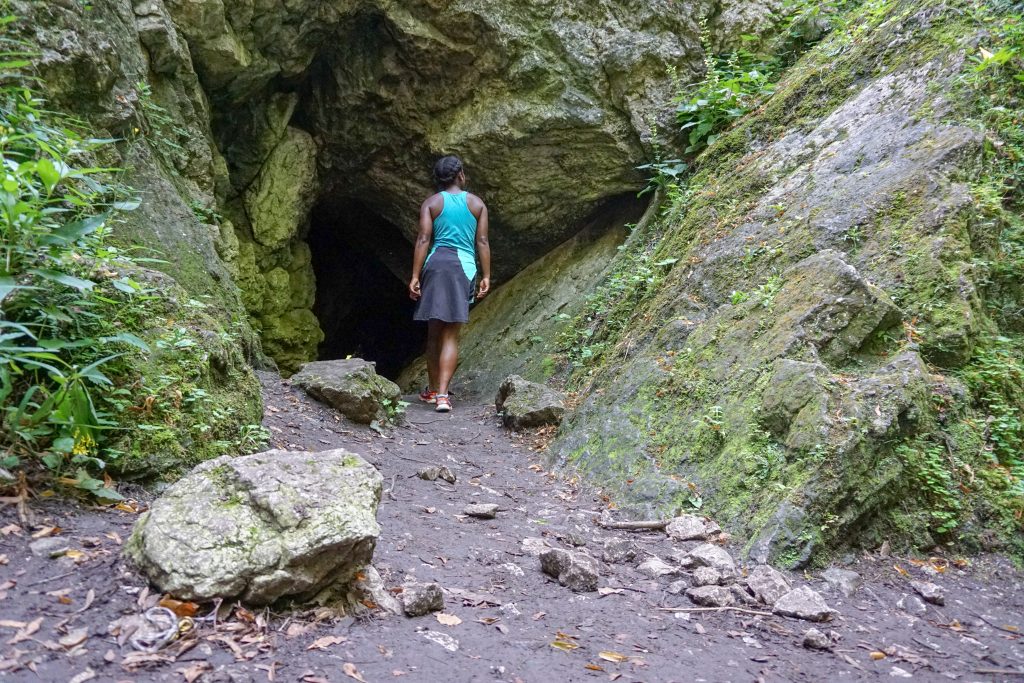 I knew we’d be hiking, but I didn’t know we’d be HIKING, if that makes sense. It was time to finally ascend the Beskydy Mountains and at one point I questioned if I had signed up for the right trip. See, I was only used to small hikes around the DC and New York area. At no point in my life had I broken a real sweat from a hike until this day. I say all of this to say, the Beskydy Mountains are amazing! 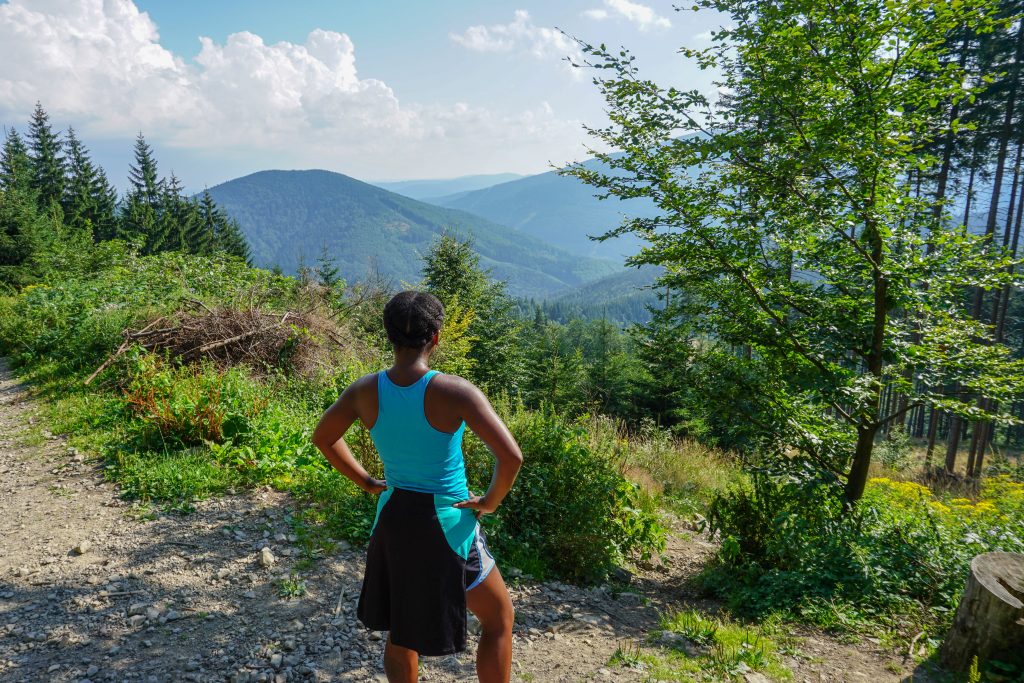 There came a point in the trek where I had to vertically climb, and there was no turning around because our lodging was at the peak of the mountain. This was one of the most fun, yet strenuous, days I’d ever had and I would do it all again in a heartbeat. Check out my youtube video of my time there so get a glimpse of some views during the hike.

Once we summited the mountain we checked into Mountain Cottage Emil Zátopek-Maraton. As far as cottages go, I definitely didn’t expect the rooms to be so nice complete with bathrooms that all hotels should have. We had a quick bite to eat in the cafeteria style dining room before heading outside to catch the sunset.

Now I’ve seen quite a few sunsets in my lifetime, but there is nothing like watching the sun set from the very top of a mountain. There was nothing higher than us that evening but the birds and the clouds, and that gorgeous sun ducking behind the horizon. If you’ve never seen a proper sunset or if you’re addicted to them, set aside time to do this. You won’t regret it.

Once the sun finally set we headed back into the cottage for some beer and bowling. There’s an actual two lane bowling alley in the basement and if you aren’t ready for bed just yet, this could be a great time to spend having fun with friends and family. Otherwise you should probably get some rest, you have an early start in the morning.

During my time in the Czech Republic I always rose with the sun. It doesn’t help when it’s beaming into your window practically slapping you in the face. However, when you need to wake up around 5am because that’s when the sun is rising and you want to get a good shot, well that’s a whole other beast. A beast that you don’t mind battling because it’s the first sunrise you’ve officially witnessed in your almost three decades. 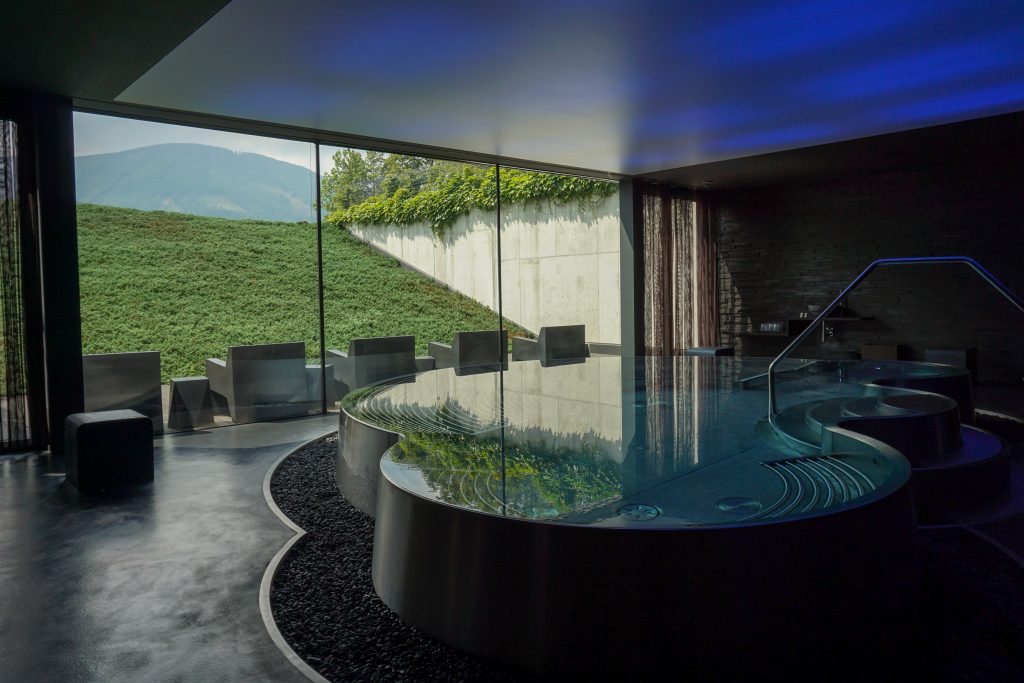 After a descent down the Beskydy Mountains that was almost just as brutal as the ascent, we headed to Miura Spa & Hotel. While most hotels and gyms have spas, I’ve never been to an actual spa. After my day at Miura, that’s definitely about to change. 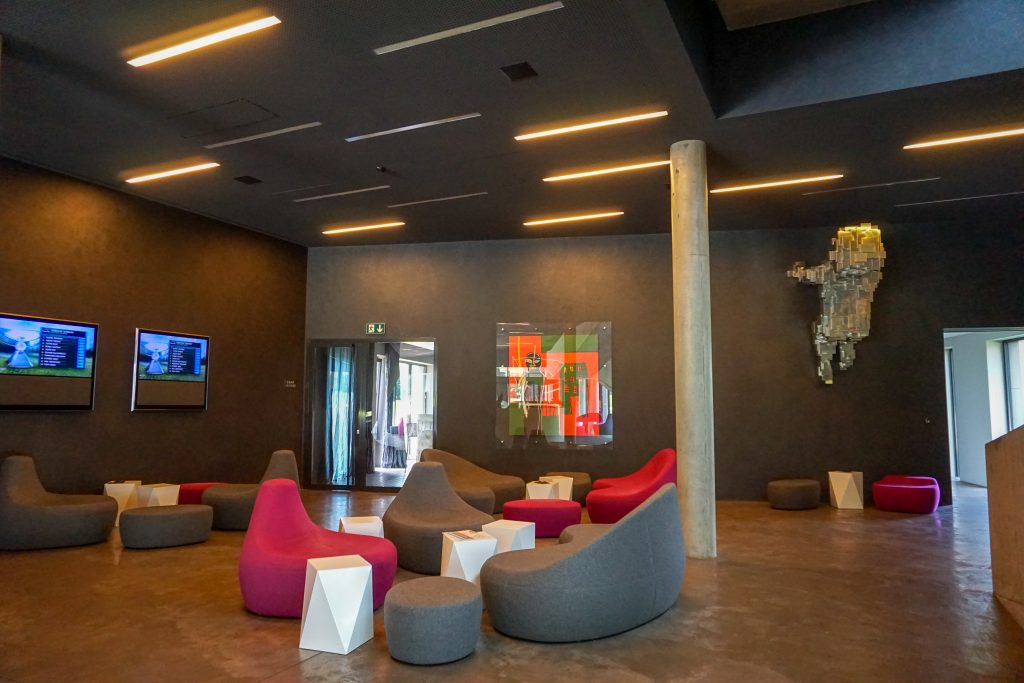 You can tell the thought and details that Miura put into designing their spa and it’s quite clear that they know a thing or two about wellness. One of my main reasons for going to the gym is for the sauna and steam room, so when I found out that Miura had several saunas I was all too ready to get changed and prepare to sweat it out. The have a salt sauna, a Finnish sauna, and regular ones for those who literally can’t take the heat. There’s an ice chamber that I surprised myself by entering, resting areas complete with individual water beds, and even a huge jacuzzi. I took time on the patio to rejuvenate and meditate and to reflect on my journey as it was quickly coming to an end. 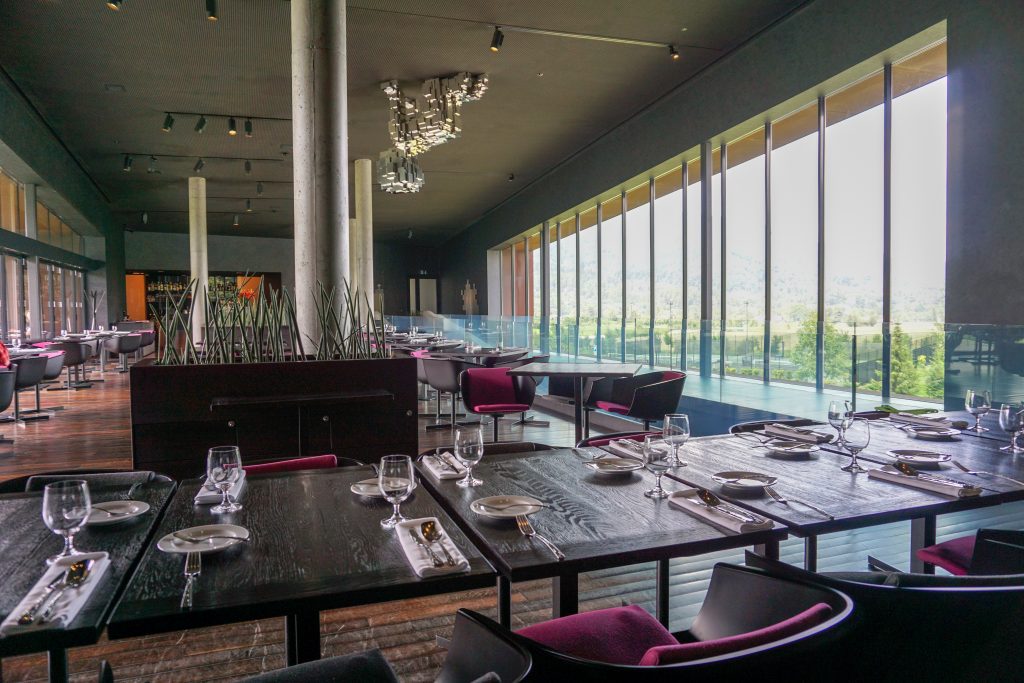 This day was finished with lunch at the hotel, which can be seen in the video above. I’m grateful to have had a gourmet, vegan meal, which was my first proper vegan meal during all of my travels. I got to enjoy many different flavors, some of which I may never have again, without feeling like I was just served a salad and potatoes while everyone else got extravagant meals. I tip my invisible hat to the Miura Hotel. Thank you so much for the experience! 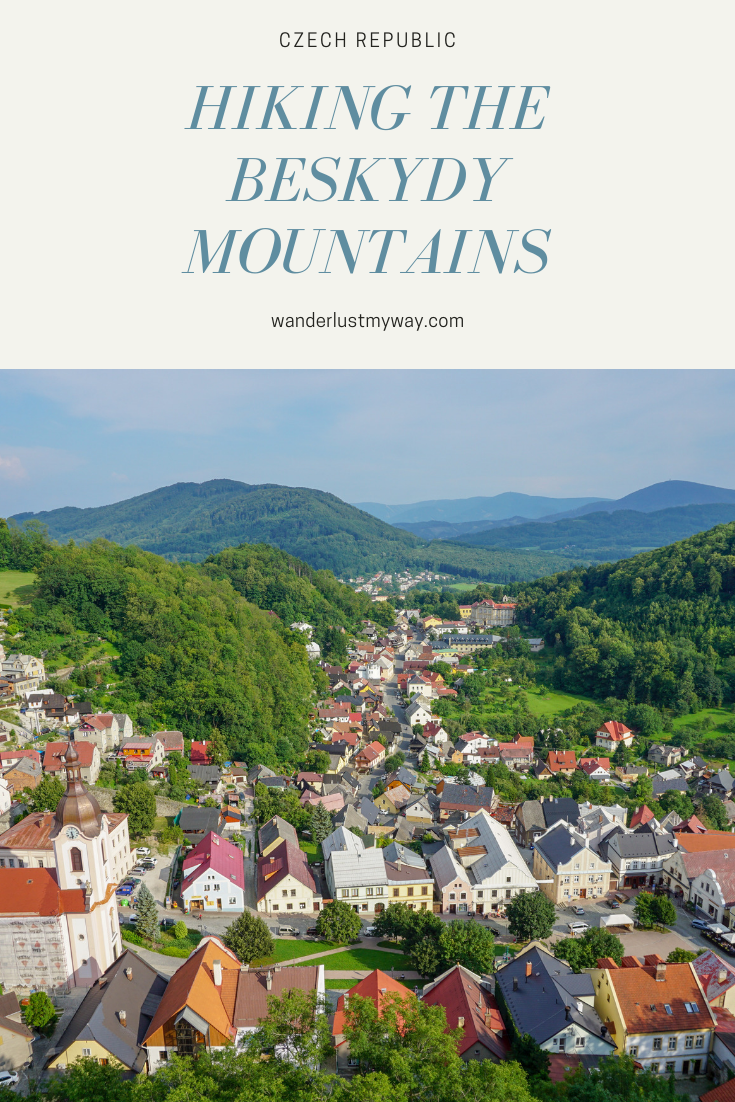 Hi, my name is Monique! Welcome to my Travel & Lifestyle blog. I write about my solo adventures around the world and my life as a nomad. Enjoy my recaps of places I've been, tips on where to stay and things to do, and why you should travel alone!

A Look Back: COSTA RICA

Things To Do In Ostrava, Czech Republic – Day Trips from Ostrava

This site uses Akismet to reduce spam. Learn how your comment data is processed.

Hi, my name is Monique! Welcome to my Travel & Lifestyle blog. I write about my solo adventures around the world and my life as a nomad. Enjoy my recaps of places I’ve been, tips on where to stay and things to do, and why you should travel alone!

What’s your travel style? 🤔 Do you go with th

⛷ This was the end of the day after my toes and

Swipe left to see what I looked like sliding back

Have you ever extended a trip? There have only be

😬 I’ve been going through my phone to clear u

🇬🇷 Have you been to Mykonos? My favorite th

Some posts may contain affiliate links. As an Amazon Associate I earn from qualifying purchases at no additional cost to you. Click here to shop my Amazon Store!